Exactly What Is An Ionization Chamber? 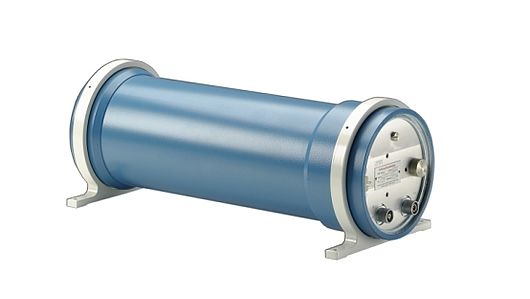 Do you ever ponder the purpose of ionization chambers?

An ionization chamber is a device used to detect and quantify the amount of ion pairs created inside a gas as a consequence of incoming radiation. In a vacuum or other gas-filled chamber, an anode and a cathode are used to maintain a constant electrical field by means of an applied voltage. The anode often has a positive charge in comparison to the cathode, the outer chamber.

Positive ions and electrons are created when ionizing radiation ionizes the gas in the gap between the electrodes and the electric field. When these particles reach the oppositely charged electrodes, an electrometer will register an increase in ionization current. Ionization current is a representation of the total ionizing dose entering the chamber. Due to the interaction of incoming radiation with the gas, an electric charge is generated for each ion formed. This charge is proportional to the number of ion pairs formed and, in turn, the radiation dosage.

Cleaning up electrons that may cause ion pair recombination and a drop in ion current is what the electric field is for, allowing the ionization chamber to run nonstop. Ionization chambers provide a continuous current output signal, as opposed to the pulsed output of Geiger-Muller tubes.

Different-sized and shaped ion chambers may be purchased

Ion chambers have several applications because to their sensitivity to radiation of varying energies, including those in the fields of radiography, nuclear power, radio-biology, and environmental monitoring.

When electric charges collide with a gas, ionized and excited molecules are created (direct charged particles or secondary particles produced by interactions with photons or neutrons). The most crucial piece of data is the sum of the number of electron-ion pairs generated anywhere along the radiation's course. W-value is the average amount of energy dissipated by the incident particle for each ion pair that is created. Because excitation is a competing mechanism of energy loss, the W-value will always be larger than the ionization energy.

The volume range for commonly used ion chambers is between 0.1cc and 1.0cc.

An insulator with a resistance of 1016 ohms, for instance, would prevent a leakage current of 1 pA at 100 V. Problems might also be brought on by surface moisture or pollution. The guard ring is used to prevent excessive leakage of the insulator in low-current ion chamber applications. Fig. 3.3 shows the insulator being cut in half. It may be concluded that the outer insulator conducts the vast majority of the applied voltage and that the measured current I is not influenced by leakage current. Because of how little the ionization current is, standard galvanometers cannot detect it. Electrometers are exceptionally sensitive electronic voltmeters that measure current indirectly by detecting the voltage drop across a series resistance, as illustrated in Fig. 3.4. (109 1012 ohms). If the time constant RC remains constant, the steady-state value of the ion current may be calculated as I = VR/R.